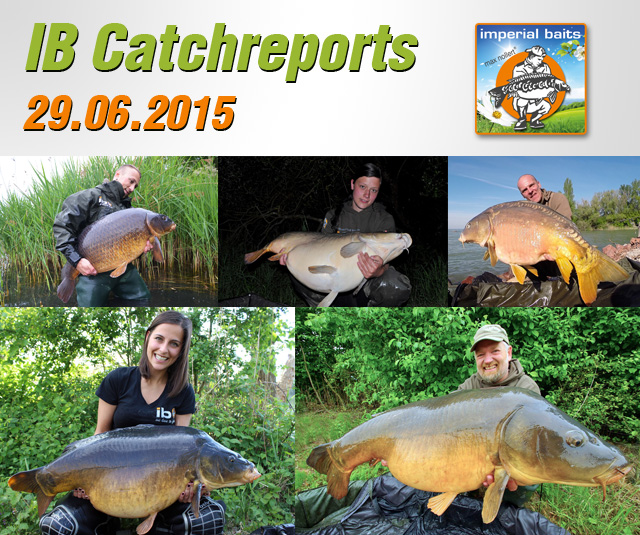 Imperial Baits Ladies Team – Claudia Darga
There was still early morning fog over the water surface as Claudia Darga’s rod screemed off. She had placed her rigs on locations where the carp were likely to move through. Only a handfull of Imperial Baits Uncle Bait boilies were placed near each rod. Her hook bait was a snowman with a 16mm boilie and a 16mm Uncle Bait Pop Up. In order to increase the attraction she also pimped her hookbait with Uncle Bait Amino Gel. Claudia landed her new personal best with 22kg! Imperial Baits Ladies Team – Selina Kürner
Selina Kürner traveled for the first time to a lake in western France with about 40 Hektars. As the ground was all mud and silt Selina first tried her luck on a few had spots she had located, but without any luck. She then used Imperial Baits Carptrack V-Pops in the middle of the silty, muddy ground and promptly caught her personal beast with 28kg!

Team Imperial Baits Germany – Thorsten Illig
Thorsten Illig increased his personal best with this 26,1kg mirror carp. He used Imperial Baits Carptrack „Carp Total!“ boilies. For his hook bait he chose a Half’n Half „Carp Total!“ boilie which he had also pimped with the matching amino dip.
After a hard drill in the middle of the weed beds the 1,10m long mirror was finally in his net and he could not keep the smile off his face!