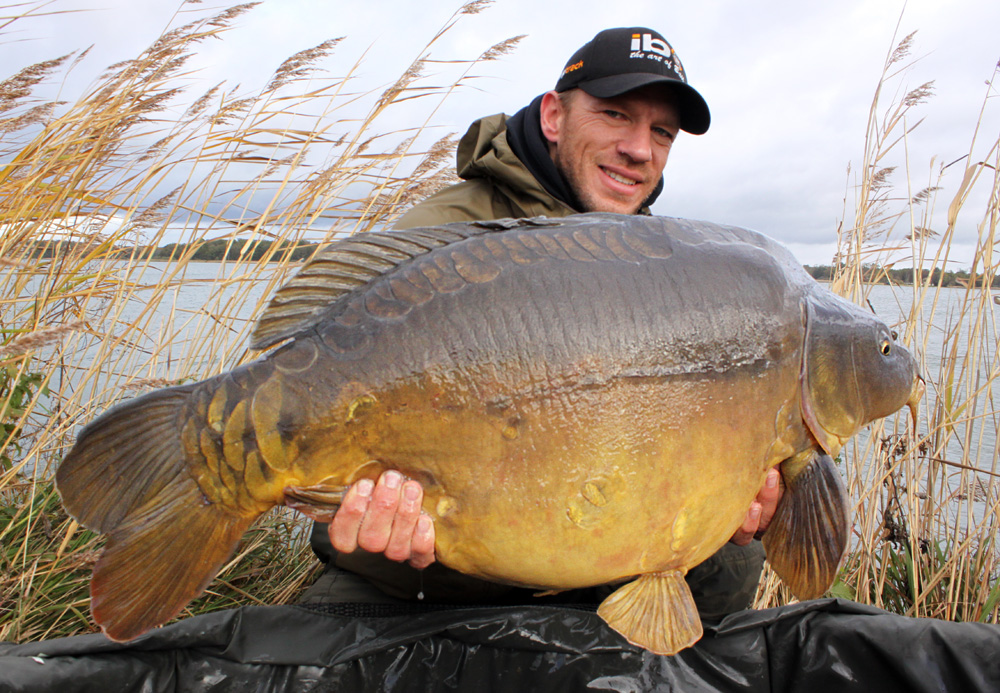 5 days in france
by Max Nollert

A short report about 5 days fishing in france at a big lake:
Beginning November 2013, I Just come back from France. The weather for the time of year was again to beautiful and warm – not nice for successful autumn fishing.
Does the climate-change steels us the autumn carp sessions and therefore the best time of the year? 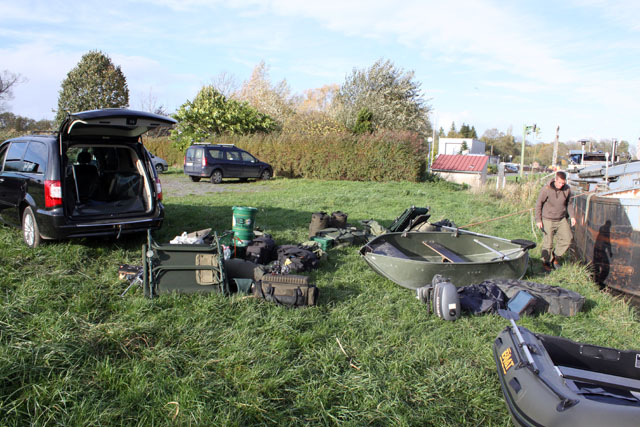 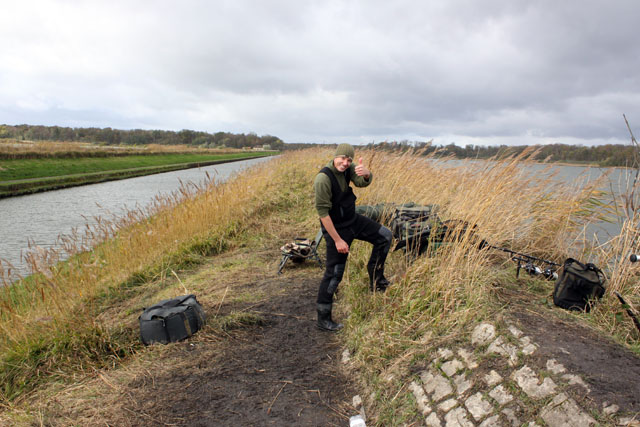 We were fishing at a bigger lake of about 800 ha and in the channel behind us the poor wildboars are miserably drowned after they have searched for more than 20 hours for any kind of exit… After seeing them leaving our area in the night we have been sure that this is it and we could not do anything against it ;-(!
They are either jumped in deliberately or accidentally dropped inside.

This supposedly happened in places where by wind / flow accumulated several dirt and the wild boars do not know that among them is deep water.
Any try to rescue them was without chance. The Big One had about 150kg weight … we tried to help from the iBoat with a strong rain-cover from the iBoat but no chance for us and in addition it was quiet dangerous… 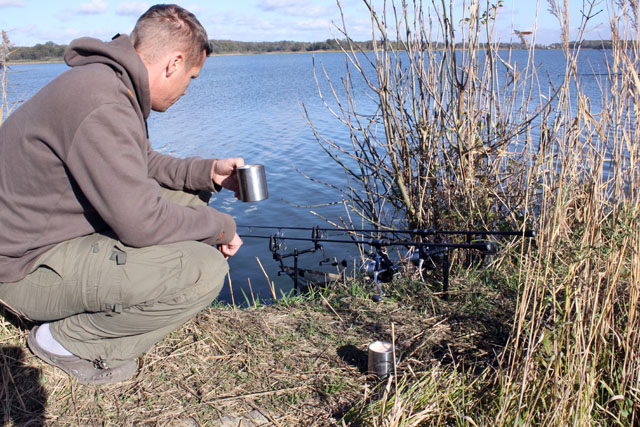 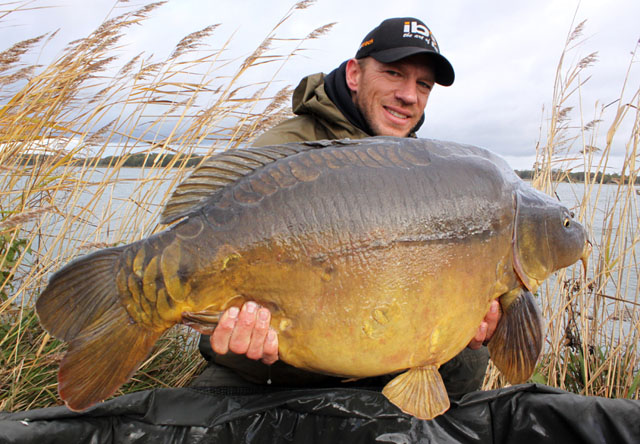 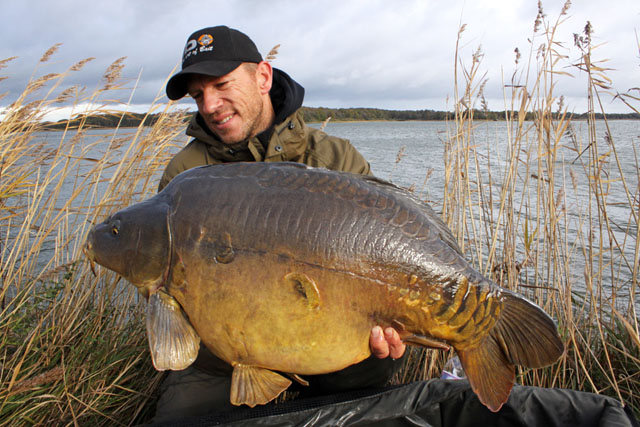 At least a record concerned the time for the rig lasting in water without taking it back to the bank or exchange anything ;-)! The bad weather came just too late. In the morning Björn took in one rod with another carp of about 12-14kg – a nice long one. Than we had to go home – unfortunately as it seems the feeding period will start now. 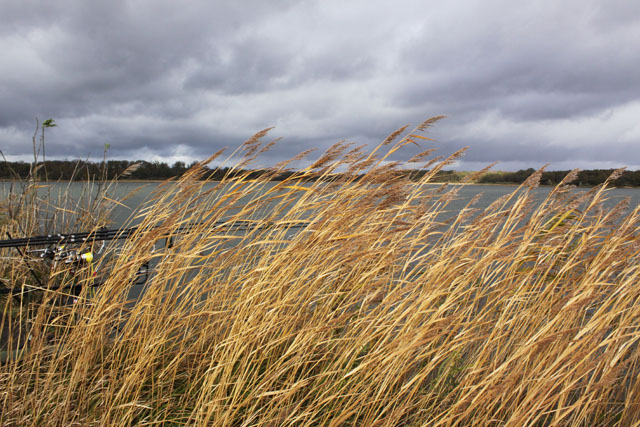 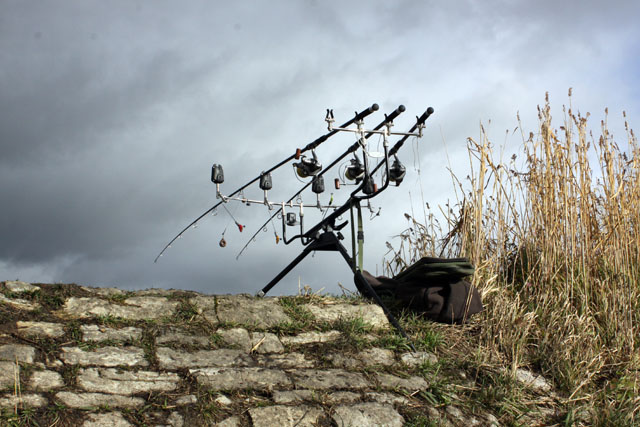 When I cam home I was sending this above message to the one or other friend and business partner.
I was very astonished to receive a day later this response from a friend from CZ.

Did Karel rescue my wildbore?

Karel Nikl:
„….I think that we were on the same lake in same time, or very near timewise. I was there with Sara, my Labrador. A huge wildbore was swiming in the canal for 24 hours. When i have seen it swimming there the second day, it was already powerless. When it has seen me, it swimmed towards me. It was like asking for saving his life.

It was very strong experience. I put the boat to the canal and help the wildbore to get to the lower bank. It managed to get out. And it was unable to walk afterwards. It is the first time when I didnt had any carp on this lake and canal. But the thing is that on my place were two Dutch guys who were catching…

I was this time in France to save life of a wildbore. :-)“ 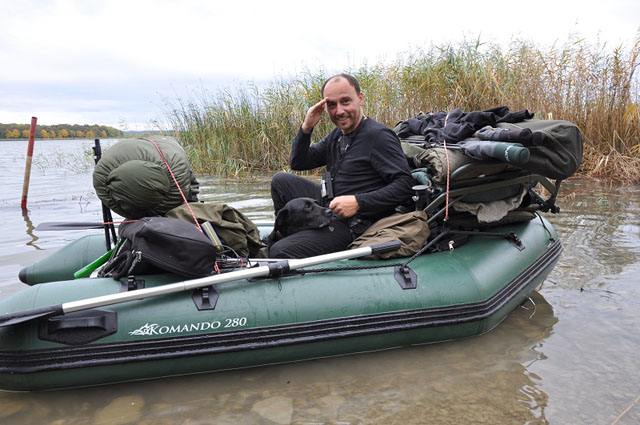 Karel with his Labrador Sara 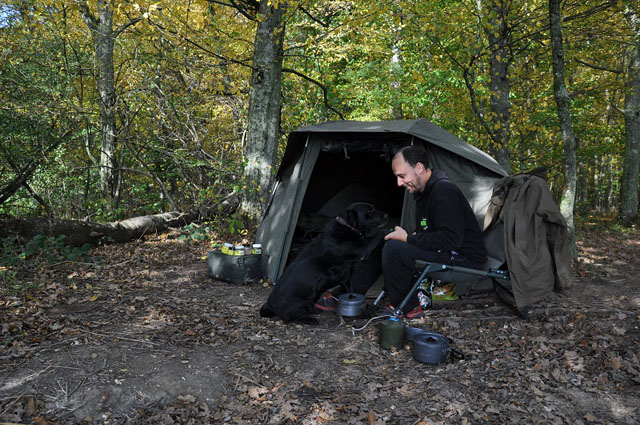 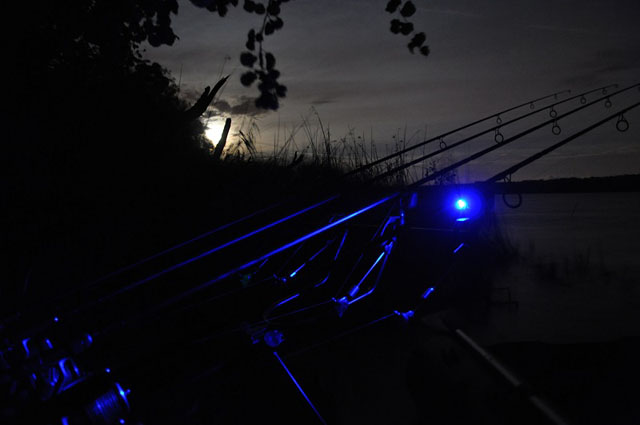 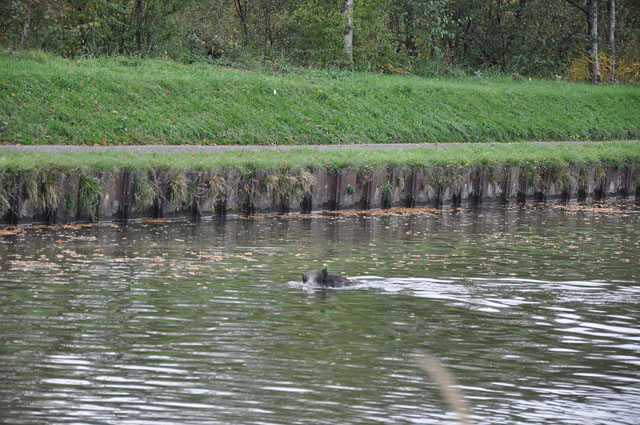 Poor wildbore – after more than 24 hours swimming it was rescued by Karel – Schwein gehabt! 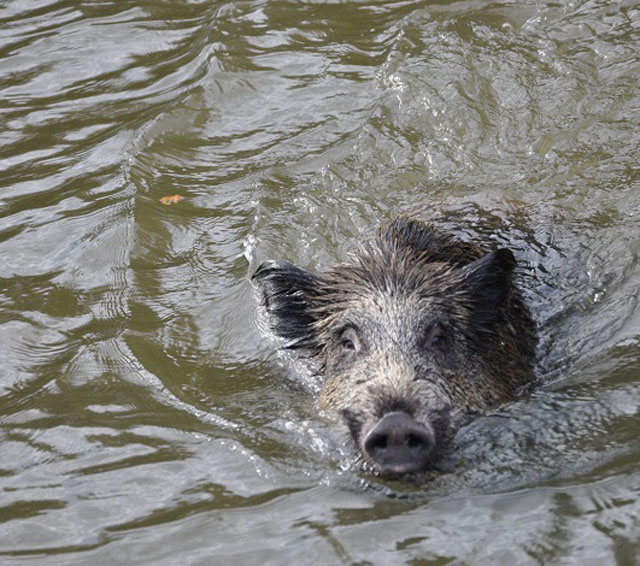