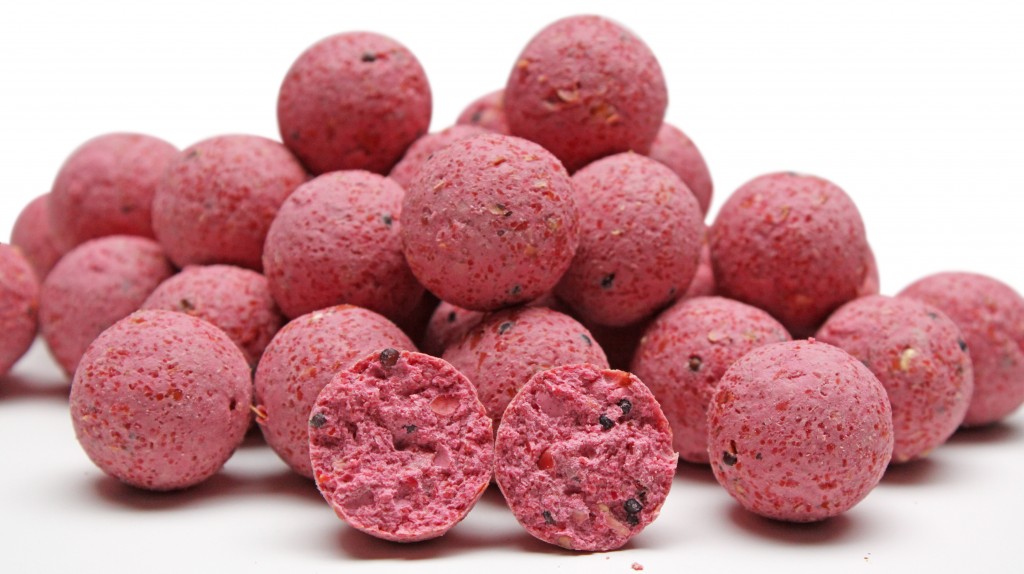 As a contrast programm to the very new “Worm Up” Boilie which Imperial Baits developed with the well known crowd sourcing campaign for several month, they also did develop “behind the wall” the brand new Uncle Bait “The Boilie”. The target was not less than to create a bait with a final target price of arround 10 € per Kilo and to put in as much as possible from the very highest quality ingredients. The ingredients support finally the technical side as hardeness combined with watersoluble high attraction for carp. Without the cost ingtensiv ingredients such as Lactalbumin and Eggalbumin which are important to assure a high quality boilie the should be no production of any Boiulie! They are the most effective products concerning pro binding and pro hardness of a boilie to resist by using a throwing stick, against whitefish- and crayfishattack. What is the use of the best boilie in case he will fail here?! In addition they guarantee a short cooking time combined with the use of BPS (Boilie protector Spry).  “Low cost, inferior, substituts are not welcome at any kind of Imperial Baits Boilies” says the owner, max nollert.

Uncle Bait “The boilie” is the best example to show cost oriented, the effectiveness of ingredients with the target of only one thing: Catch as much carp as possible, or let`s say fitting to it; catch fish like crazy!

A picture is worth a thousand words
Taste and smell Uncle Bait „The Bait“ for the first time at launch and first selling day on show in Vienna / Austria on first and second December 2012 followed by the new big show in Frankfurt on Carp-Germany on 8 /9 December 2012!
Locally, we will note each first impression of you by photographing each odor sample and then put all images online (if no one speaks against it, of course!). Look forward to the facial expressions, because we have been so foreboding! Because we are thrilled, you will  it be too!
max nollert & Julian Jurkewitz